Martha is a Mama 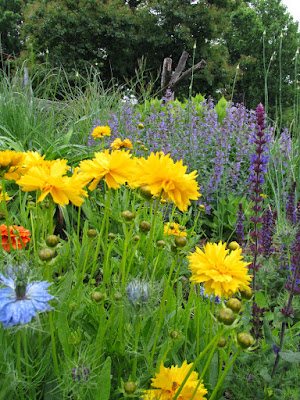 A country garden is not a silent garden. Very early, as dawn breaks, the birds begin a symphony. Who knew there were so many? From the sounds of it, they are all happy to be alive. From the chicken pen we can hear contented clucking. The evening closes with an intense chorus of frogs. Recent rains have restored their pond and they are delighted. They're telling everyone in a volume so loud, you can still hear them inside with the windows closed. But until recently there was a sound that was missing.

We hadn't heard the distinctive call of our guinea, Martha, for weeks. Or seen her either, for that matter. There were two possibilities. She could be dead. Yes, amid all the happy chirping in the garden, life can be brutal and can end quickly due a variety of factors such as natural or domestic predators. Apparently this is what happened to her short-lived mate, Brownie. One day he was palling around with Martha and the next he was gone. Frankly, it's remarkable that Martha has lived as long as she has. 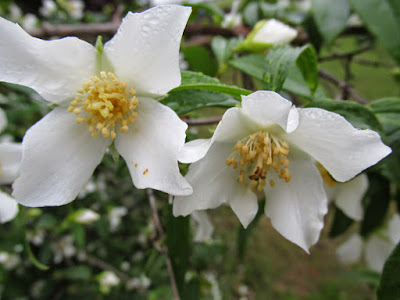 Or she could be sitting on a nest of eggs. Guineas have a strong instinct to brood.  Several times a year Martha lays her daily egg in  a secluded spot and when there are twenty or so, she settles in for a four week stint of fruitless waiting (you can read about prior times here  or here).


And then one morning we heard it. The distinctive guinea call. Martha was alive! And what's more, she was a mama! One determined, tiny keet followed her through grass nearly as tall as itself.

Photographing the pair was a challenge.

Neither Martha nor her keet would cooperate.  The keet would dart under shrubs or behind Martha whenever I tried to approach. And Martha went on the attack! The photo above was taken while making a quick retreat. Yikes! That was scary! But eventually I was able to get a few photos.

I'm sure you join me is wishing Martha the best of luck in raising this young one. It won't be easy. The success rate is not high. Martha, however, has demonstrated some topnotch survival skills. I hope she has a good student. 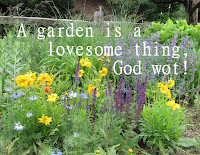