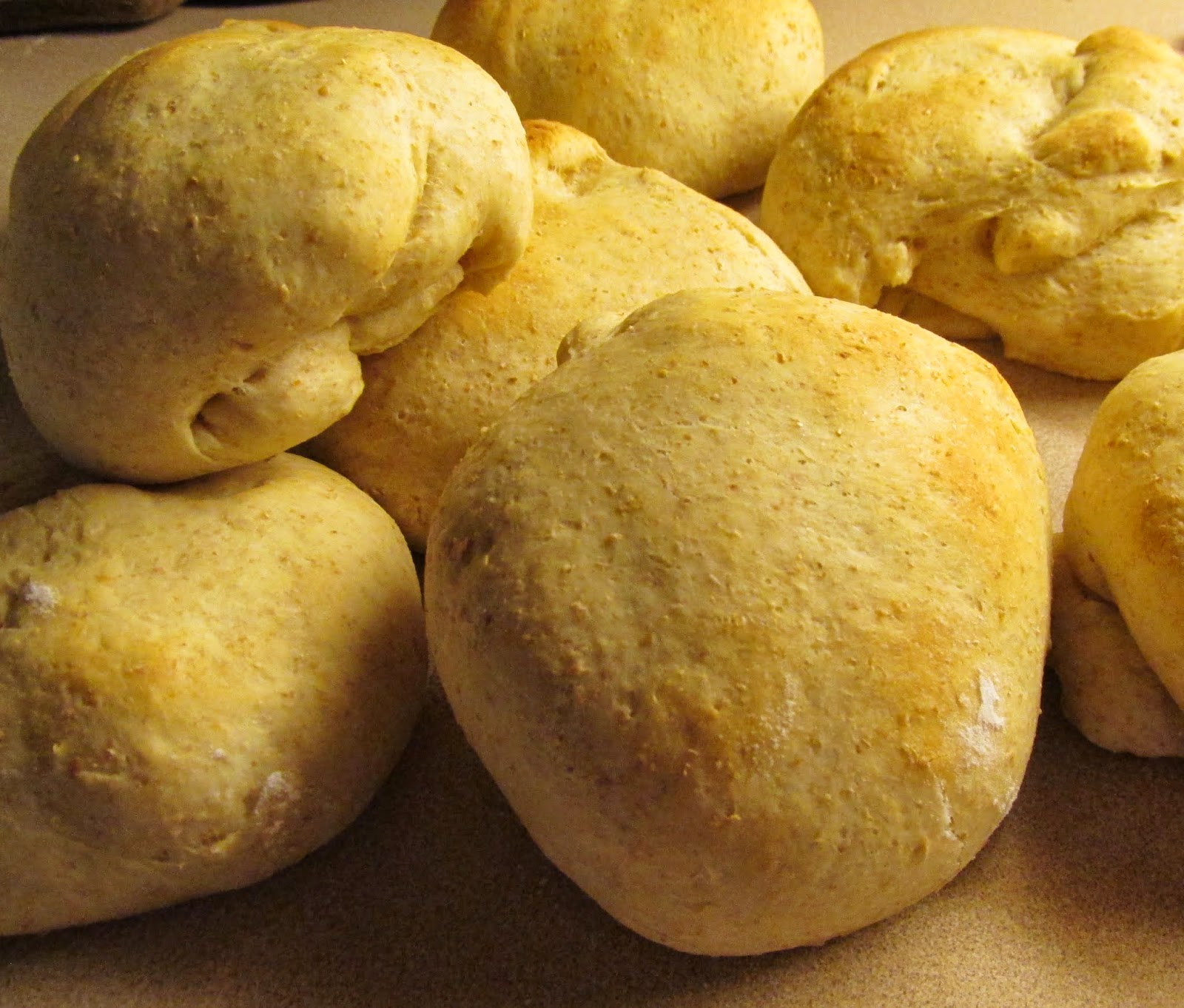 Here's the problem with most recipes for sandwich (or hamburger) buns. They make too many. Dozens of buns. That's great if you're having a party or a family reunion, but what if its just ma and pa on the old homestead? Throw in a kid or two if you want and that's still a lot of buns. 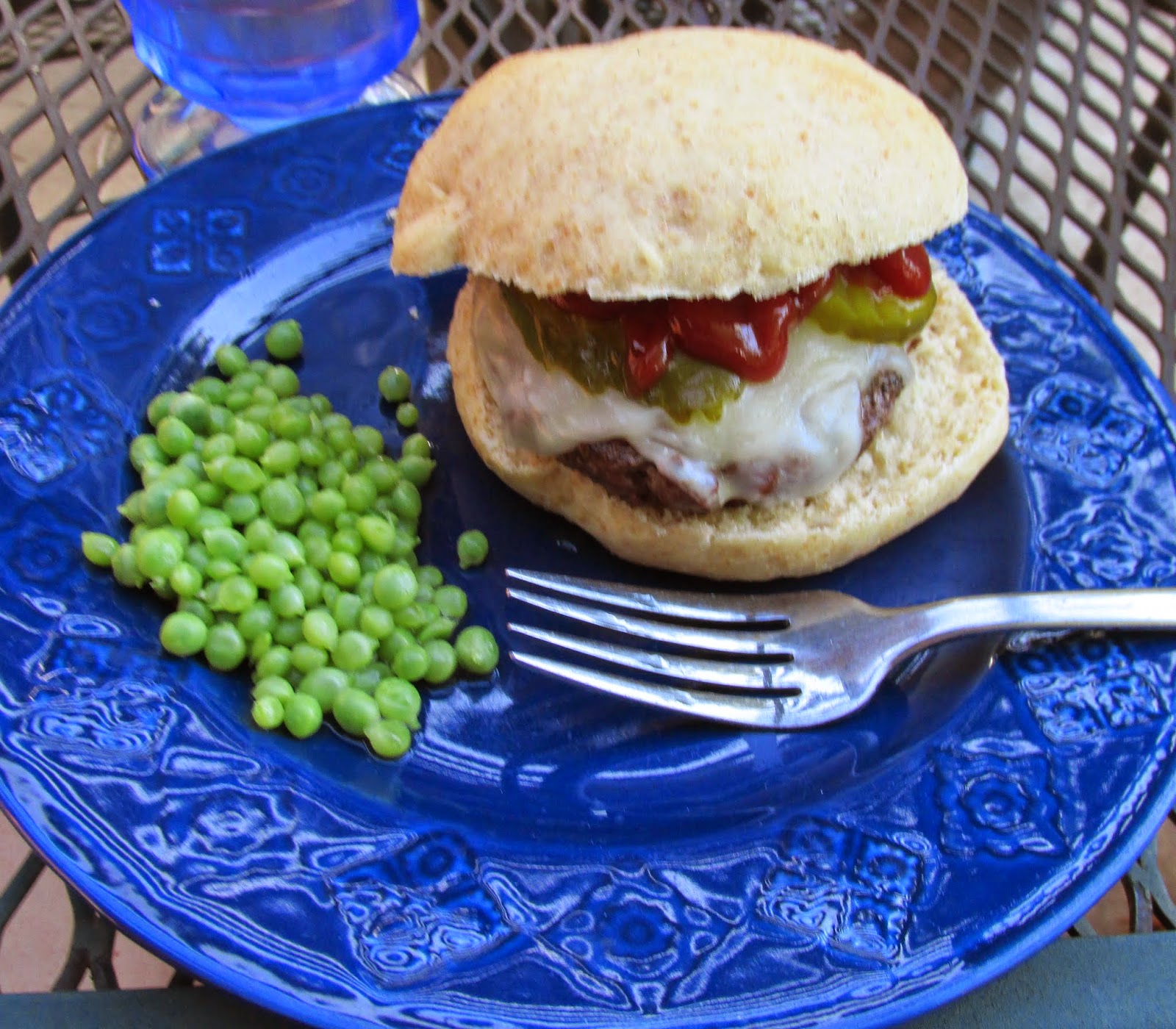 Here's a recipe that makes just enough. By that I mean eight to ten buns, perhaps 12 if you make them fairly small.

Making a recipe with yeast might seem like a big investment of time and you do need to allow at least two hours from beginning to end, however much of that time is simply allowing the dough to rise and doesn't require your full attention. For me the actual working time is probably less than it would take for a run to the store and of course we're talking about a nice soft bun with great flavor and ingredients you know and can pronounce. 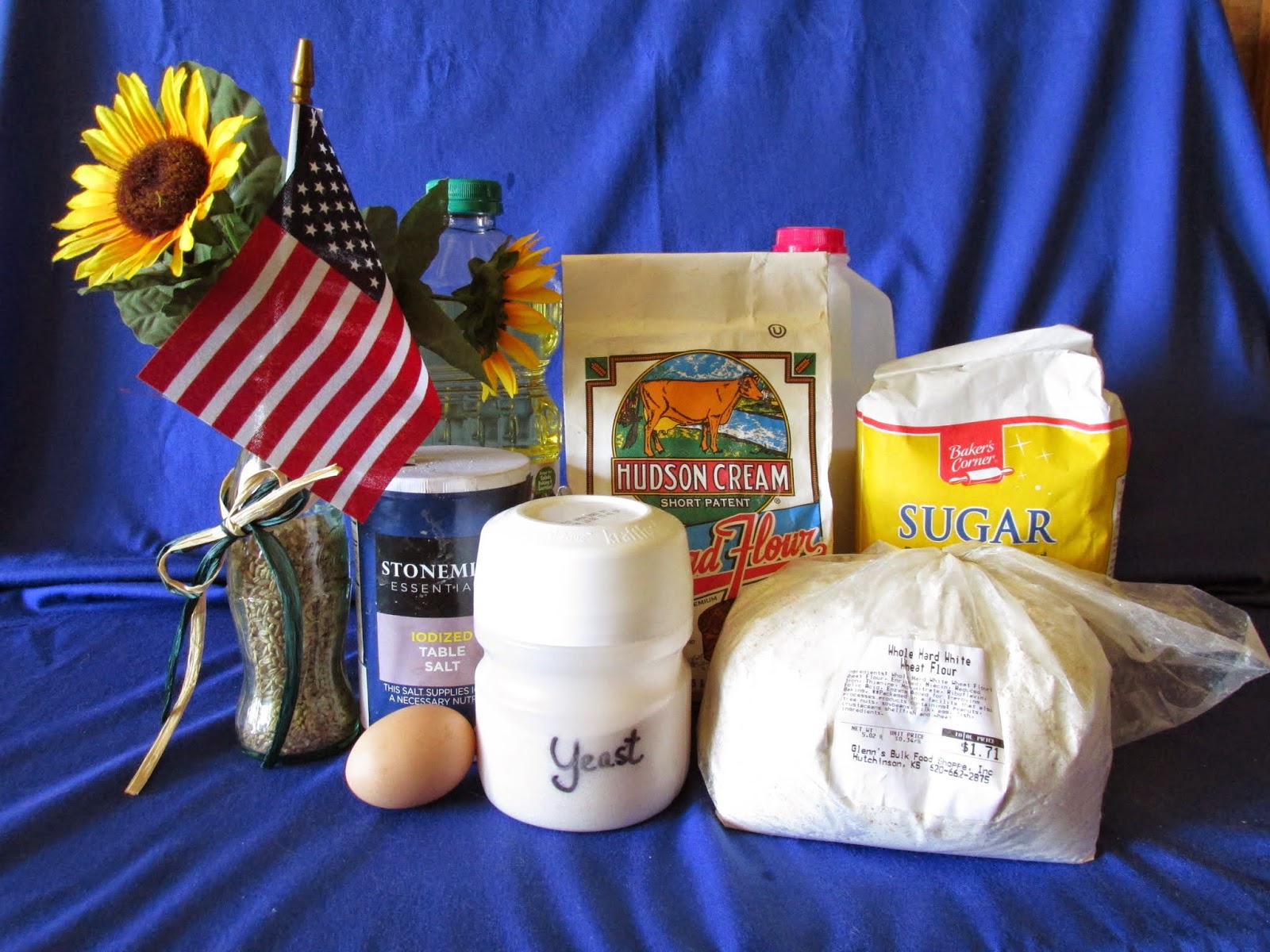 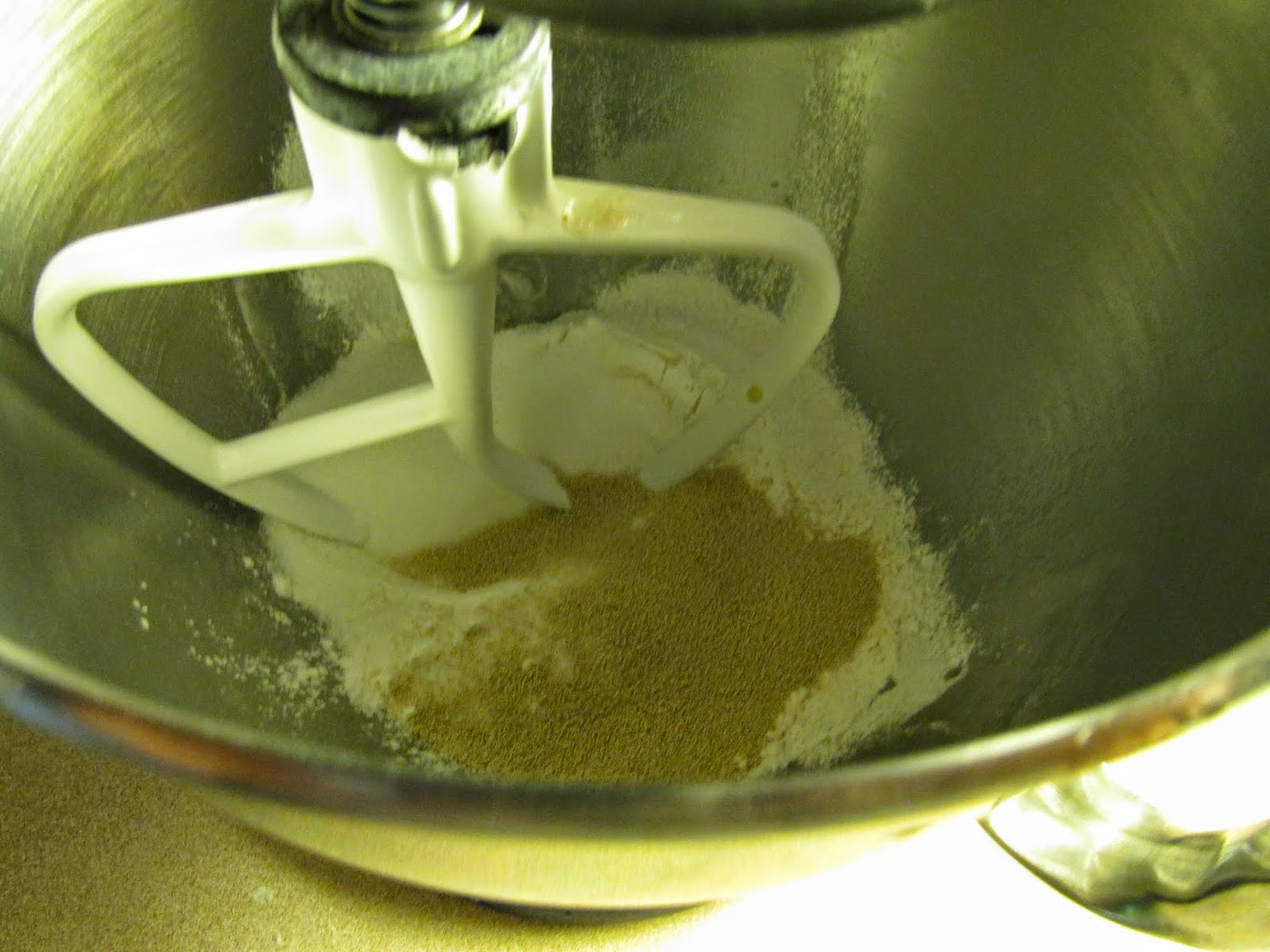 Place 1 cup of flour, sugar, salt and yeast in mixing bowl. Stir together.

Heat milk until very hot, but not boiling. (I usually put it in the microwave for a minute, but your microwave could be different.) 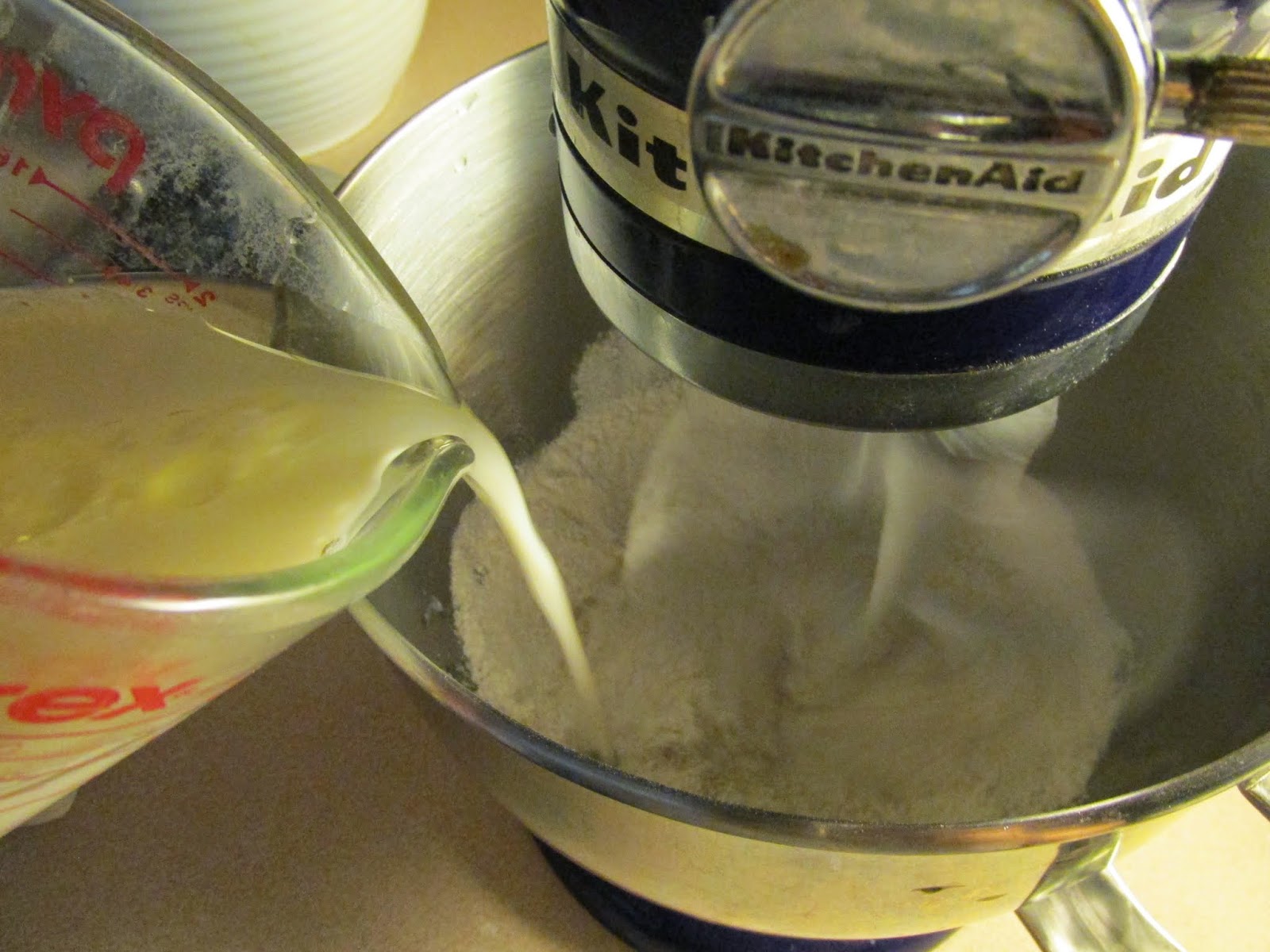 With mixer running add milk and then oil to the flour. Add the egg. I always begin mixing with the beater attachment and then switch to the dough hook  after adding most of the flour. That is probably totally unnecessary. The dough hook is all you really need.

Add the whole wheat flour and enough of the remaining bread flour until the mixture gathers around the hook. 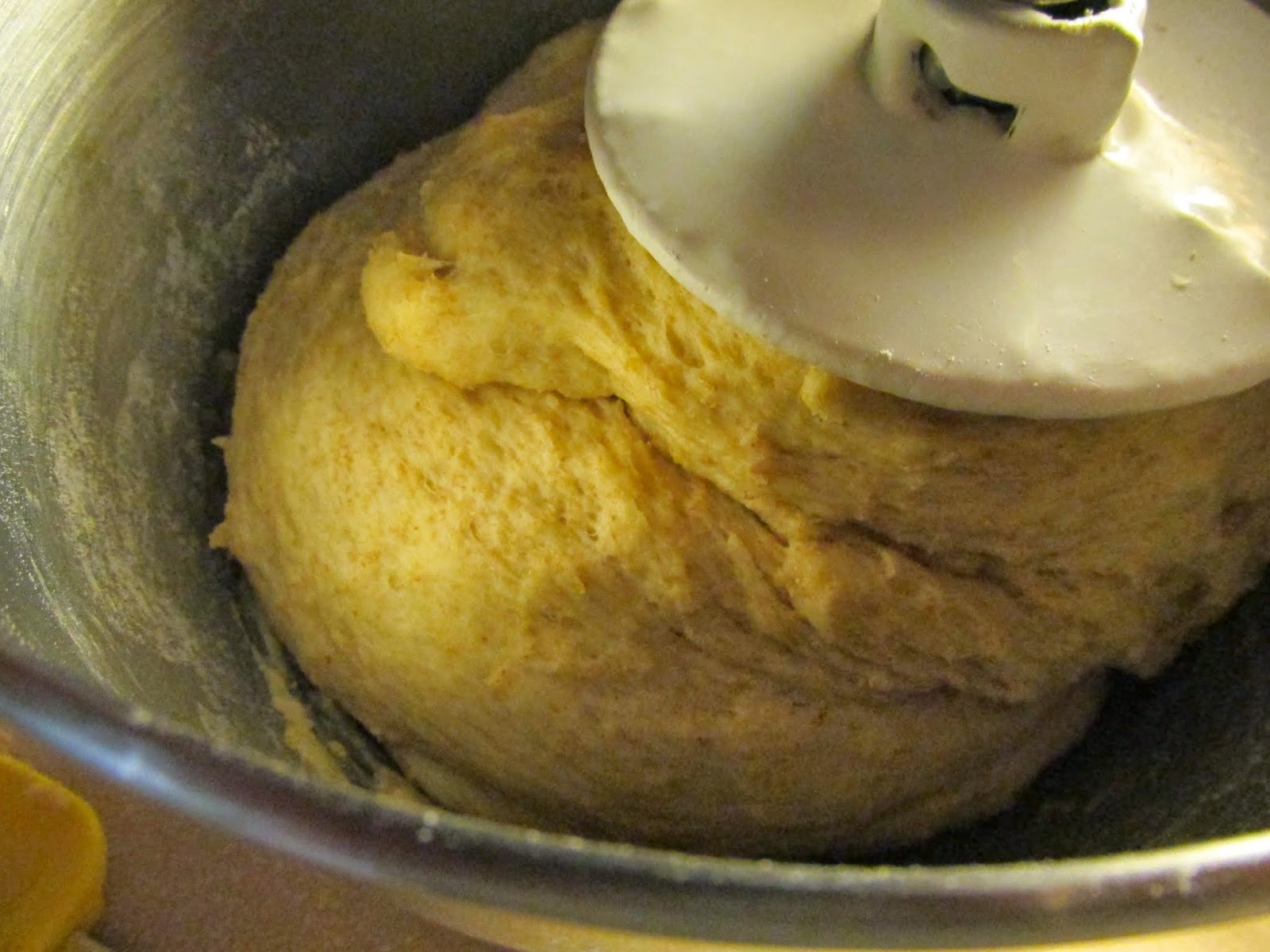 Knead for about 5 minutes or until smooth. Cover with a clean towel and allow to rise until doubled, about an hour. When doubled the dough won't spring back when a finger is pressed into it. I leave mine in the mixing bowl with the hook attached, but then I like to keep things simple. A quick flick of the switch and the dough is deflated and ready for the next step. 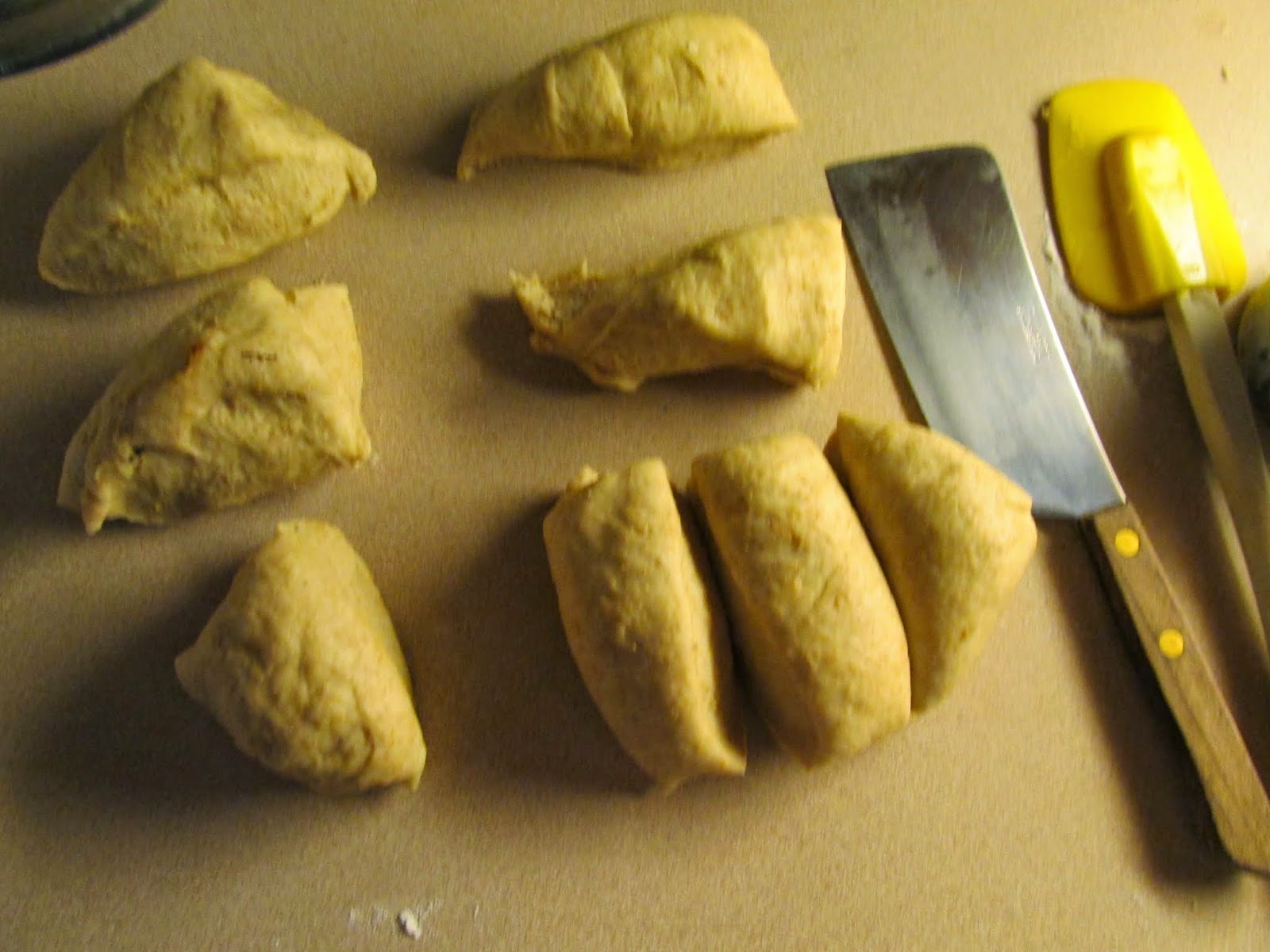 Turn dough out onto the counter and divide into your desired amount. I divided these into eighths and it made a very generous sized bun. You may wish to divide yours into ten or twelve portions. 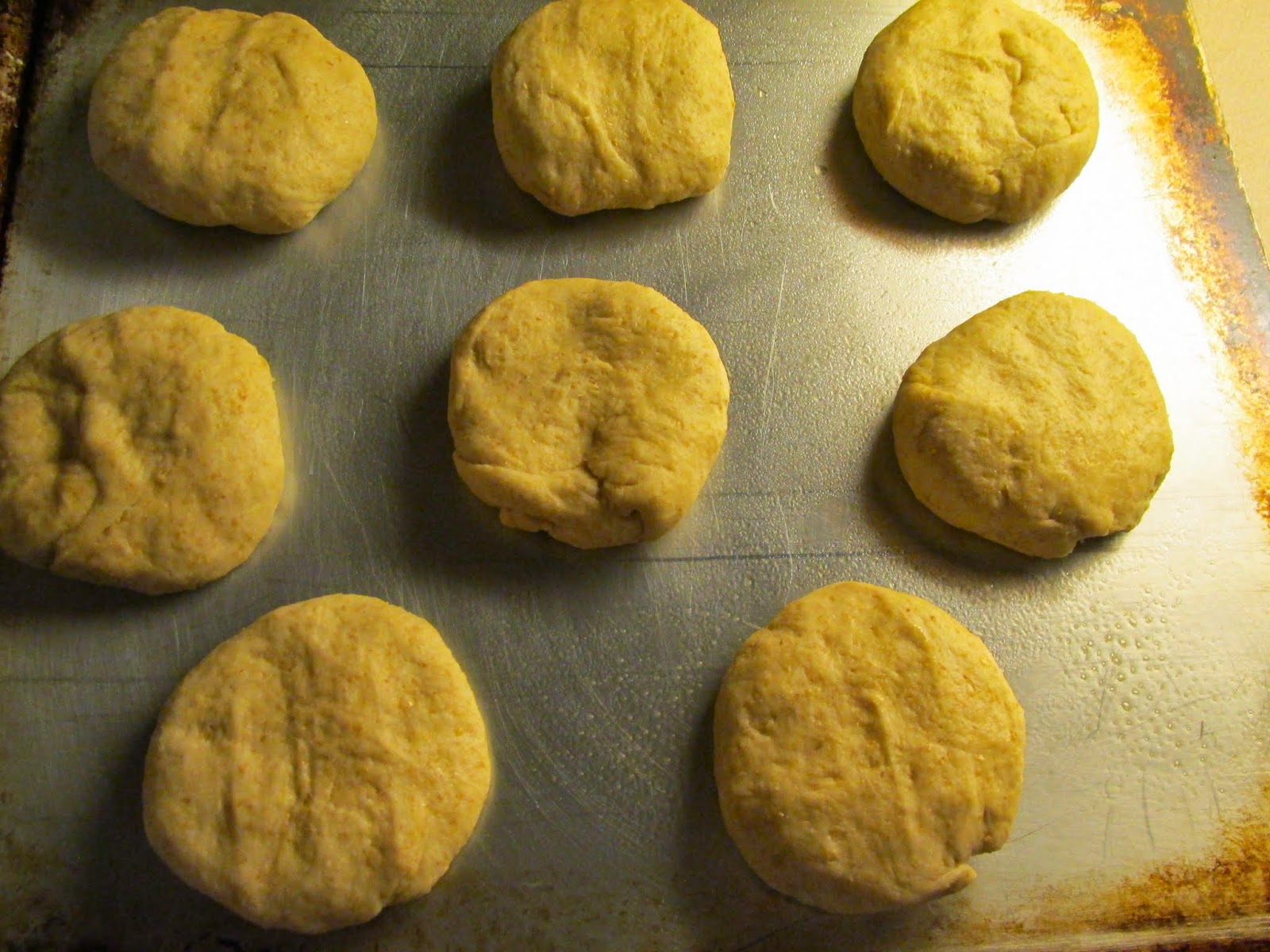 Form portions into a ball and flatten on a lightly oiled baking sheet. You can make them nice and smooth and round or you can make them a little rustic, like mine. Cover with a clean towel and allow to double, about 30 minutes. Meanwhile, towards the end of the rising period, preheat oven to 350 degrees (F). 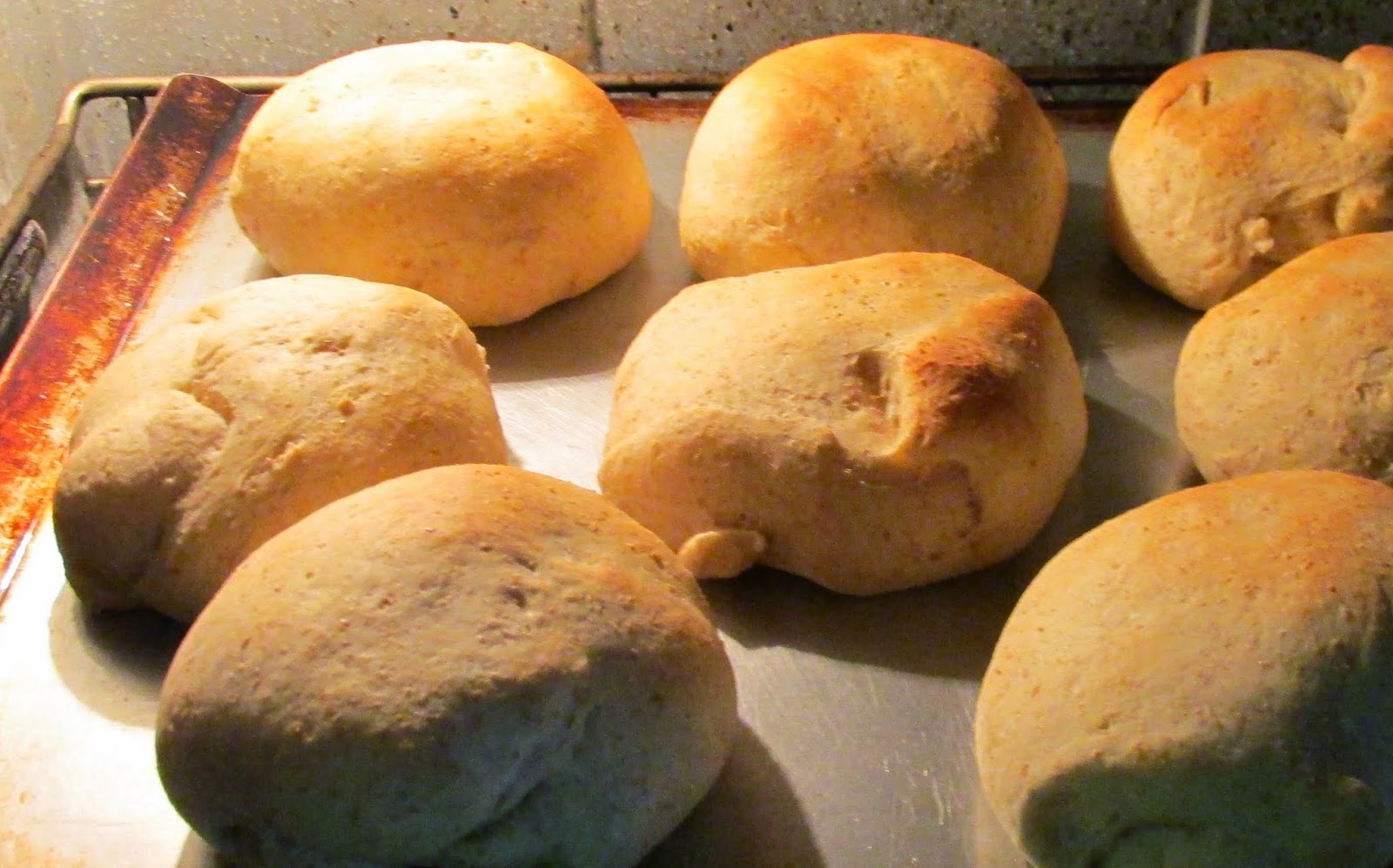 Bake for 15 minutes or until lightly browned. Serve with hamburgers or other sandwich ingredients.

There you have it. Now you have some lovely sandwich buns. Just enough for a couple of simple, tasty meals. Perhaps we'll eat on the patio today.