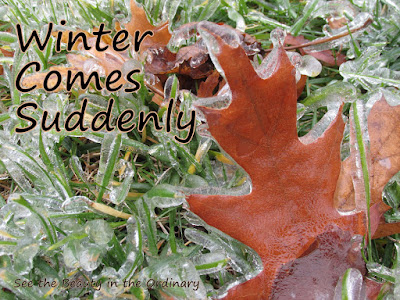 We have enjoyed a long, mild autumn.  On Thanksgiving I was pleased to find that the sage plant had not yet frozen meaning that I could add fresh sage to the dressing, something I don't recall doing other years. A gentle, much needed rain began to fall. We were thankful. 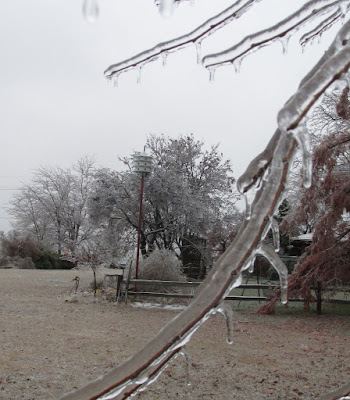 The next day as temperatures dropped, the rain continued and began to stick. Soon everything was covered with a glassy sheet of ice. It was beautiful. It was a good day to stay inside; not so good for traveling or shopping. 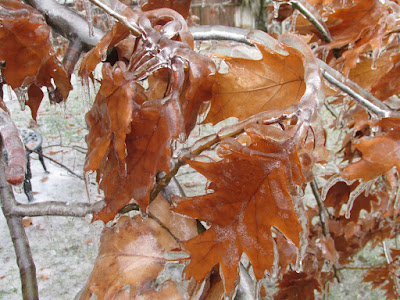 The rain just kept coming and the ice kept piling up. The roads were not as bad as you might expect as the temperature rose above freezing long enough to thaw on the most of the blacktops, however parking lots were treacherous.  Tree branches were beginning to sag with the weight of the ice. Walking across the lawn was crunchy. 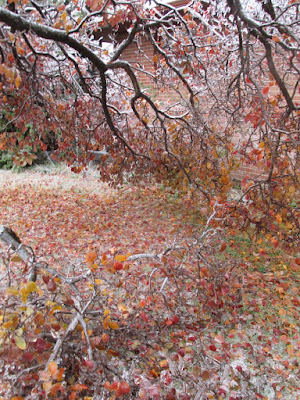 By Sunday, the town was pretty much shut down. Church services were cancelled and it was still raining off and on.  Around the area ice was becoming thick, as much as a 1/4 to 1/2 inch coating. Now we began the hear the sickening crack of tree branches breaking followed by the whoosh as they landed on the icy ground. Trees that still had leaves were especially prone to break. 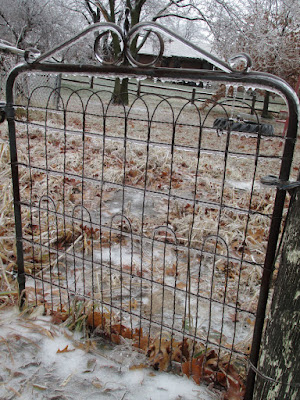 Winter weather was expected to continue through Monday morning so schools in the area were cancelled. Electricity had become a precious commodity.  Not everyone had it. We lost it for a few hours on Saturday and for about half a day on Monday.  That's enough to renew appreciation for something so often taken for granted and thankfulness for the good guys out there who restore it during times like this. 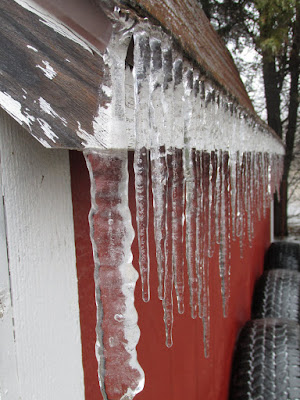 For all its beauty, the ice took a heavy toll. Many trees in the area were lost. Most heavy on my heart and in my prayers is a dear friend recovering from surgery to repair vertebrae and a femur injured by a falling tree limb. Get well quickly, Connie! 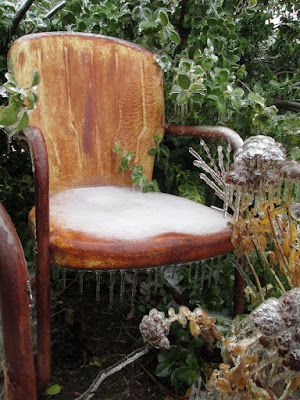 And then suddenly, it was over. Monday afternoon brought higher temperatures and soon showers of bits of ice were falling  from trees and wires with a gentle tinkling sound.  The recovery, however, may take awhile. 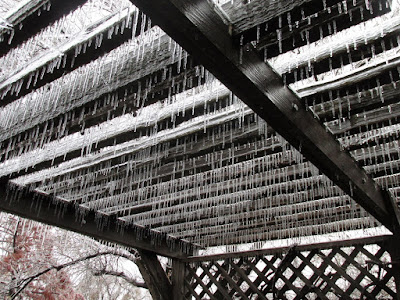 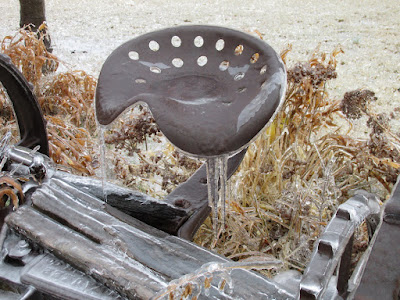 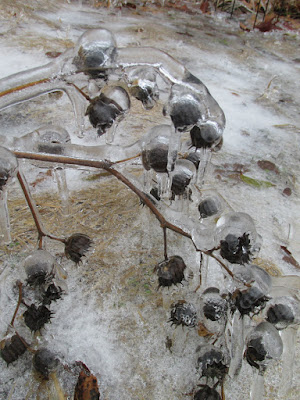 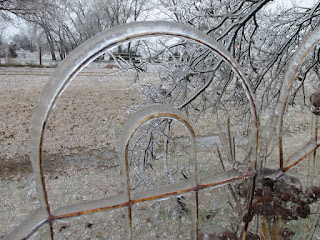