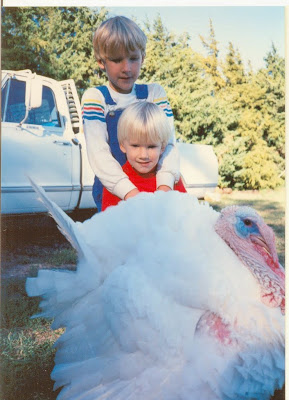 The only problem with going to the 4-H Fair your very first year with three or four entries and bringing home all purple ribbons and even one that says "Champion" is that its really hard to top or even match your success the next year.
I know because that's what happened to a certain young man who used to live in our home. We had taken turkeys that first year, four of them--two males and two females. We had two sons entering, so they each took a pair. We were rather proud of the toms. They were huge and seemed to be really well feathered out. However, it was a young hen that caught the judges eye and before we knew it, he was pinning a "Champion" turkey ribbon to her cage. Wow! We had no idea there was anything special about her because, frankly, we had no idea what we were doing when we showed poultry. We had just brought what we had.  That same young son also had made brownies. He didn't cook a lot, but he got up early that morning and without me doing too much hovering managed to put together easy, make-in-one-bowl, moist, fudgey brownies. They received a purple ribbon which is up there at the top, really the best you can do short of a Champion ribbon. There were likely other entries, probably vegetables or flowers, but years have passed and I don't know what they were. It was a really good year, though, especially for a seven or eight year old at his first fair. 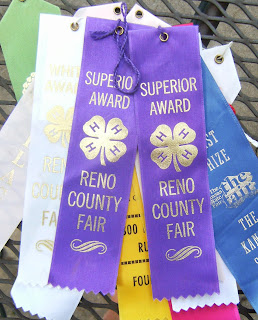 Fast forward a year. Things are not going nearly so well. It had begun at home while getting ready. First, while stirring the brownies an elbow caught the egg carton and the floor was splattered with broken eggs. He managed to finish the brownies, though I thought they really didn't look quite like they usually did. We cut three brownies, placed them on a plate and covered them then hurried outside to catch the chickens we were bringing. It was harder than it should have been and we ended up having to corner several flapping, hysterical chickens in the barn. At this moment the back door of the house opened and someone hollered, "Mom, Shawn ate the brownies off the plate!". Yes, he had. Our youngest was not old enough to participate in the fair so he had been left sleeping in bed. He woke up hungry and simply helped himself when he saw the brownies. There is more that I could tell you about that morning before we arrived at the fair, but I'll save it for another time. Suffice it to say that we arrived at the fair frazzled and late. Then things went downhill.

I was not in the Poultry Barn when the judging took place, but when I arrived later I was informed that by our oldest son that all of the chickens had received white ribbons. White ribbons!! The "thanks-for-showing-up" participation ribbon awarded to kids who brought baseball bat sized zucchini and apparently, our chickens. Our chickens, which looked really good to us and had received the same good care that our turkeys had the year before. (We learned later that our chickens were too young and should have been hatched in the fall, rather than in the spring, but, as I said, we really had no idea what we were doing when we showed poultry). Oh, the humiliation! By the way, where was our middle son, the former Champion of the Poultry Barn? He was finally located under the back seat of the minivan. He was not taking this well. I had to physically pull him out because now it was time for his brownies to be judged.

One thing I love about the 4-H Fair is the one-on-one judging. The young man now sat across from a sweet looking elderly lady who could ask questions, give suggestions and perhaps a bit of encouragement. The plate of brownies sat between them. Again, I had an uncomfortable feeling that they did not quite look like they usually did. The judge tasted the brownies. She may have flinched. "Have you ever made brownies before?" she asked. A pair of vivid blue eyes looked back at her. "Yes, I brought them to the fair last year," he told her. "And, um, what ribbon did you get last year?" she asked him."Purple!" he said with great confidence. She reached out and she handed him a purple ribbon.

Even with three boys in the house, we never finished off that pan of brownies. Sad to say, they were quite awful. Who knows why. But I can tell you that these brownies have always earned a purple ribbon at the fair!

They are simple to make. A bowl (or pan, if you melt the butter on the stove) and mixing spoon are all the utensils you need.  Here's how to make Prize Winning Brownies: 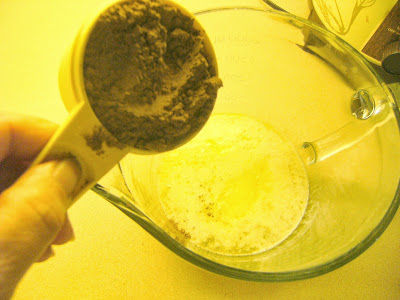 Preheat oven to 350 degrees. Prepare a 9X11 pan by spraying with cooking spray. 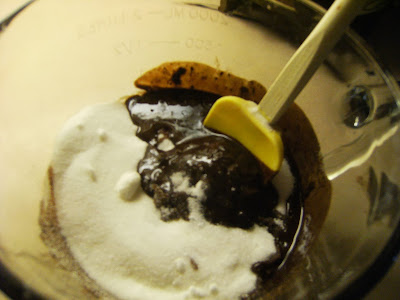 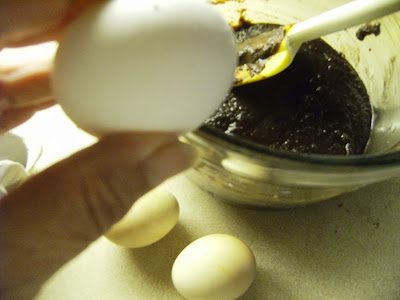 Add 3 eggs--one at a time and stirring well each time. 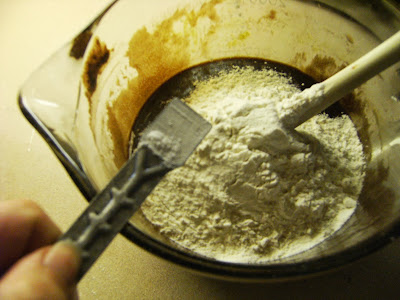 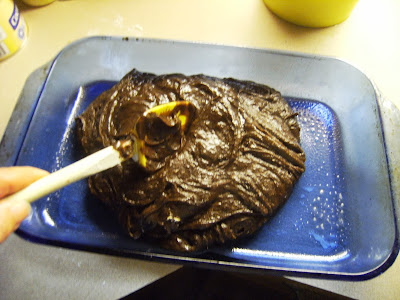 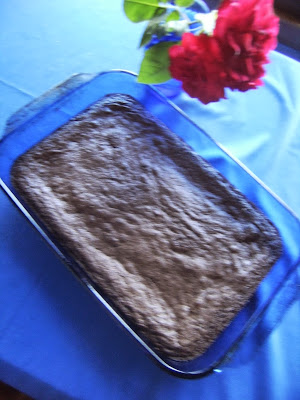 I'm not sure there is anything better than these brownies still warm out of the oven. Unless they were made by a certain nine-year-old on 4-H Fair day, oh, so many years ago.